Two Stachytarpheta Jamaicensis In A Sea Of Green Plants 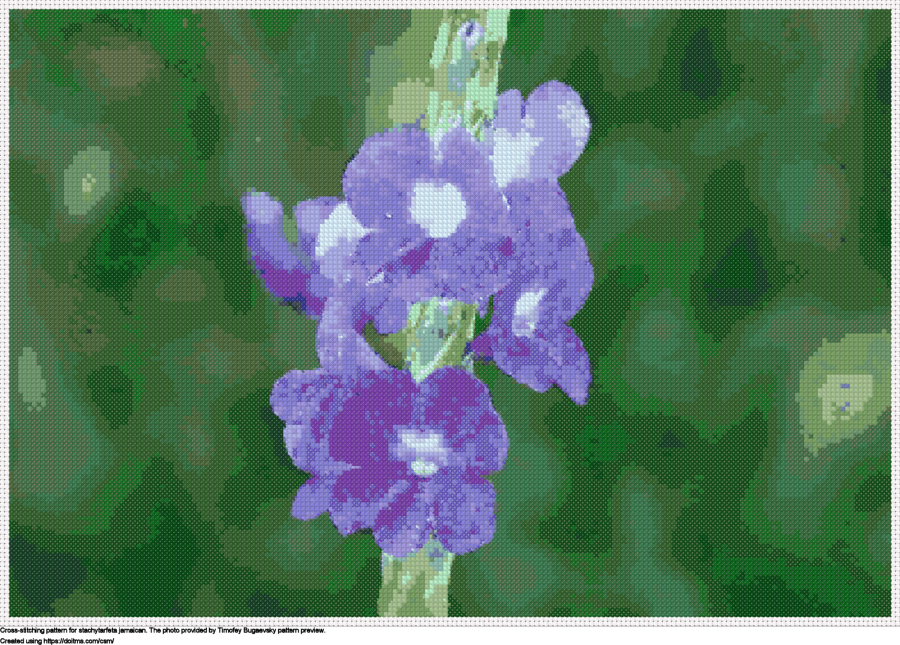 Stachytarpheta jamaicensis is part of the Verbenaceae family and is native to the Caribbean; it is also known as Brazilian tea, bastard vervain, and blue snakeweed among others. It can be found mostly in countryside areas and in some places, it is considered an invasive plant. Furthermore, Stachytarpheta Jamaicensis grows great in disturbed terrain.

This plant can be used for medicinal purposes to cleanse the blood, treat asthma and ulcerated stomachs as a form of tea, but recent studies showed that the flowers can produce systemic toxicity which might provoke congestion and necrosis in blood vessels, kidneys, and lungs. This is an extraordinary plant with many different purposes that has come a long way since its discovery, helping hundreds of people cure head and stomach aches and in some countries today they still use this plant as a remedy. Its light purple petals can be recognizable from anywhere in the wild.

Cross-stitching pattern for flowers. The photo provided by Timofey Bugaevsky.